Our third day in Pucallpa was marked by sudden and heavy rainfall right after lunch. As the streets of Manantay turned to red mud and the tin roofs amplified the echoing rain; some children took the opportunity to get wet and dance and pull a few volunteers in with them. 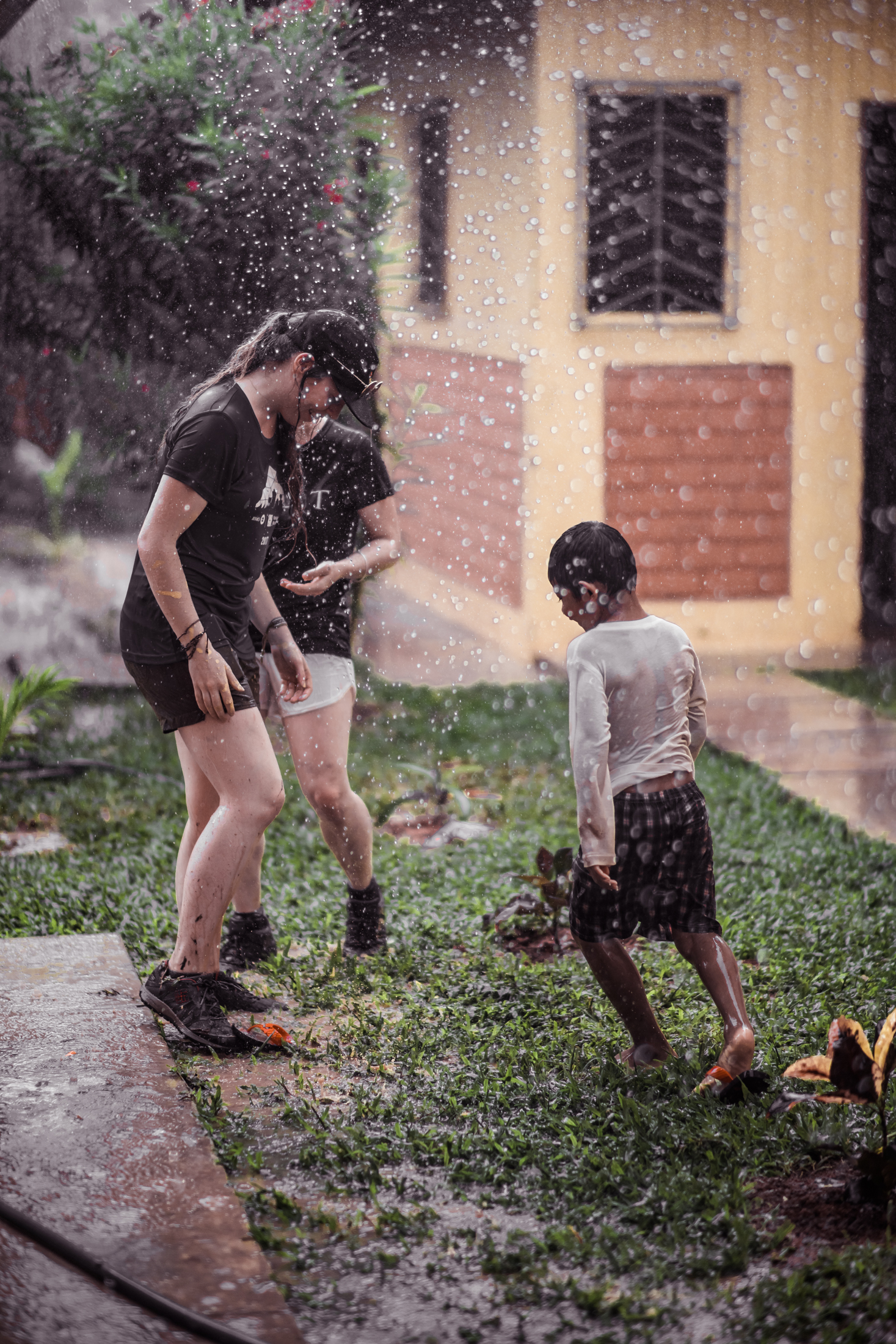 This morning, we’d carried on with the tasks leftover from yesterday: the daycare’s cement foundation was completed and set to dry. Photographs of Ben McKinnon (pictured below), whom the daycare is commemorating, were laid by his family and covered in the foundation. Sister Marie-Colette, when seeing a photograph of Ben that I carry with me in my journal, told me that she can no longer feel alone here whenever she thinks of him and of his spirit being memorialized on these grounds. 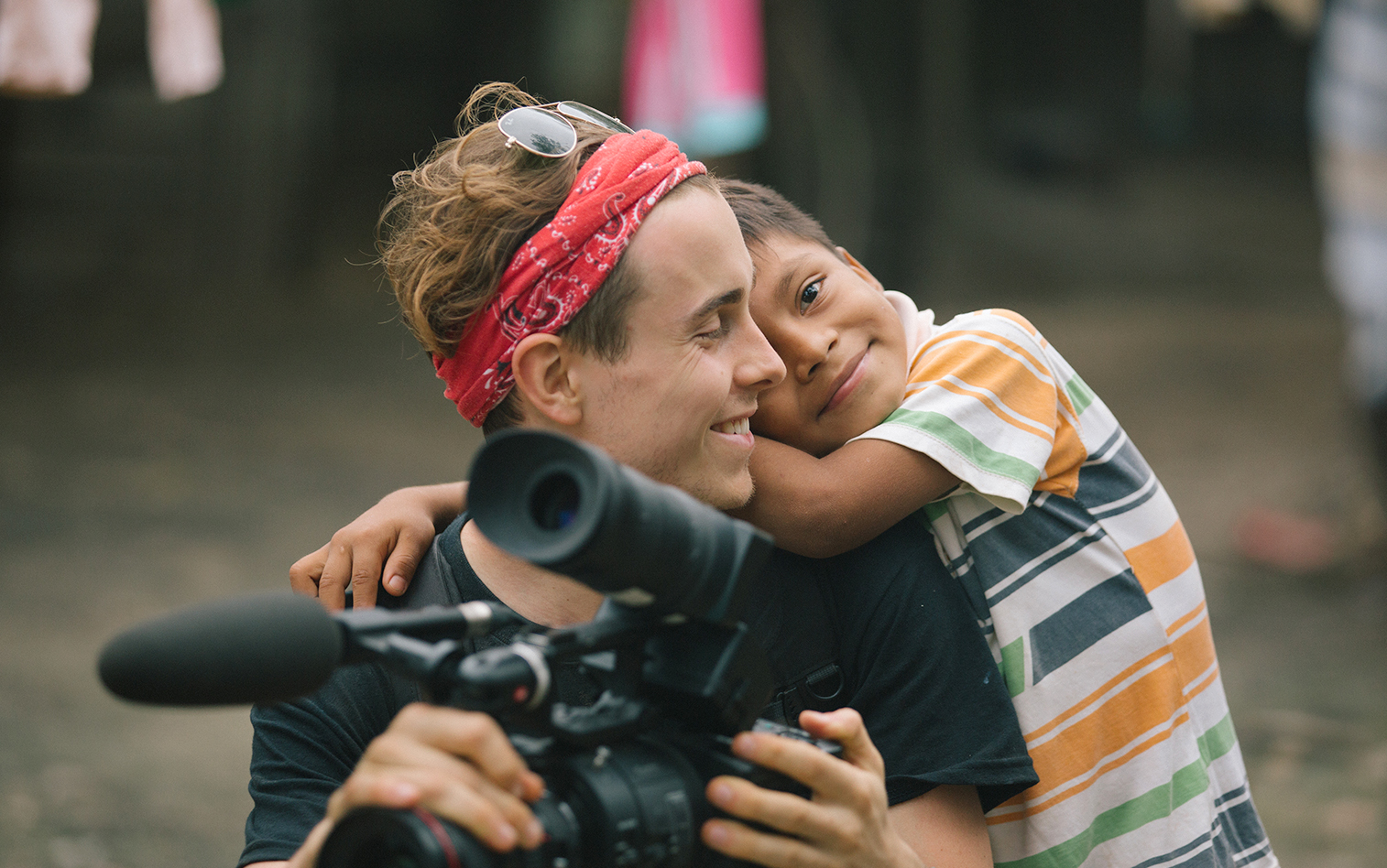 Meanwhile, more stretches of the Hub’s fences were painted by any pair of hands that managed to grab a paintbrush. The local children enjoy helping out wherever they can and take serious part in the development of their community centre. The two C.A.S.T. sites also developed in impressive speed, with nearly all the walls complete by mid-day. In the last moments of fierce Amazonian sunshine, the children organized a soccer game in the adjacent yard while others drew us pictures on scraps of paper or proposed wheel-barrow races. Some asked to be taken in our arms where they grew tired and rested, suddenly very still. 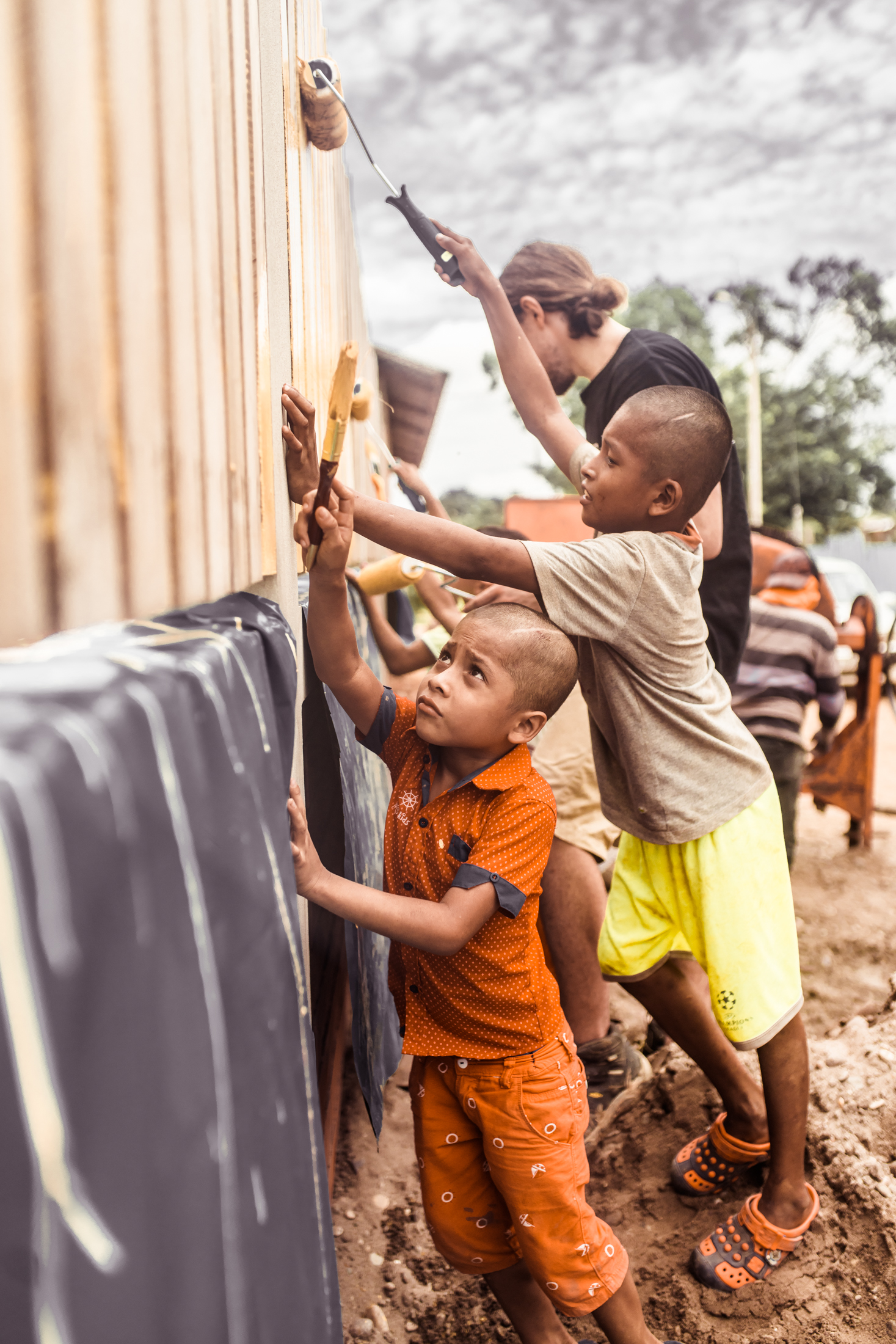 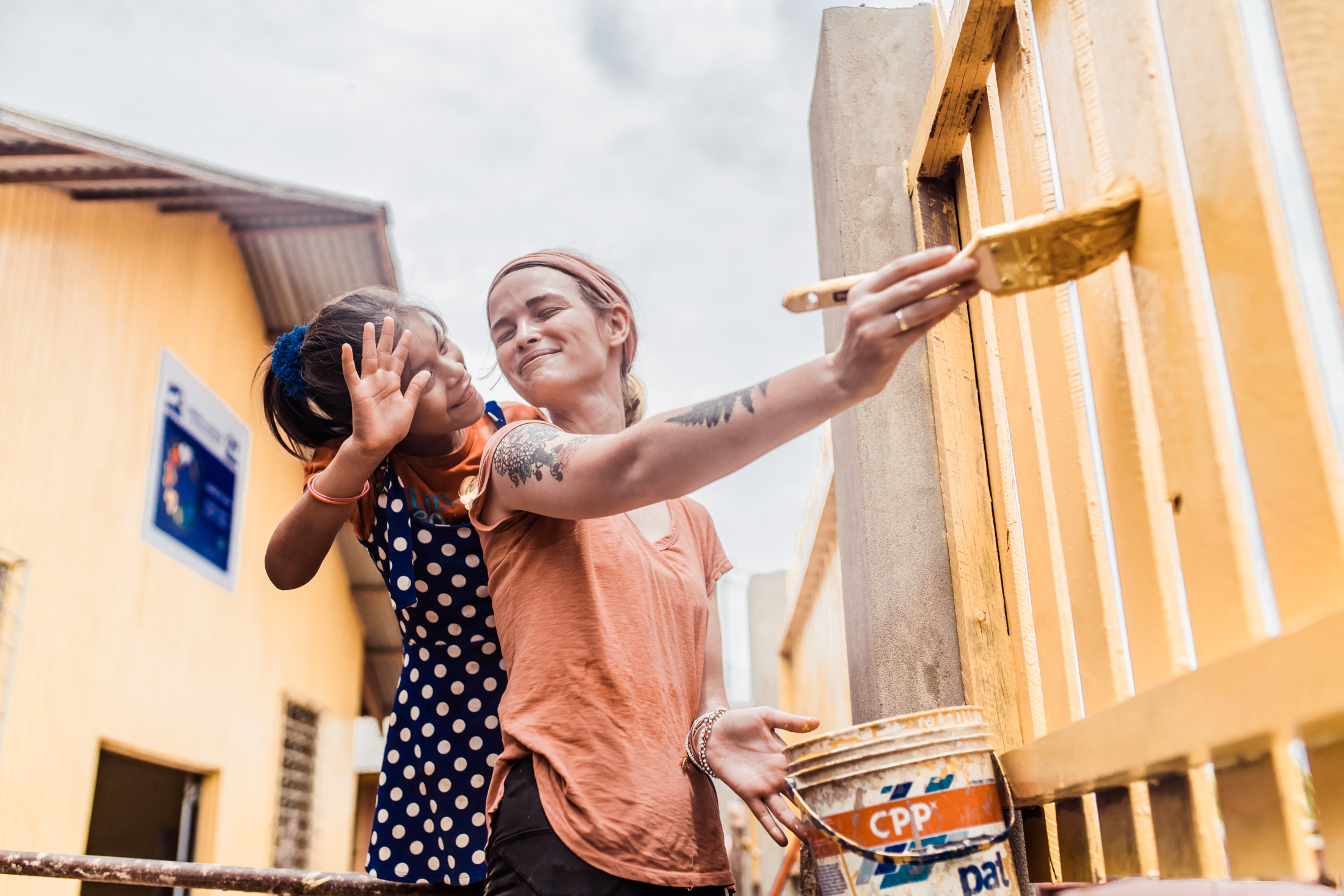 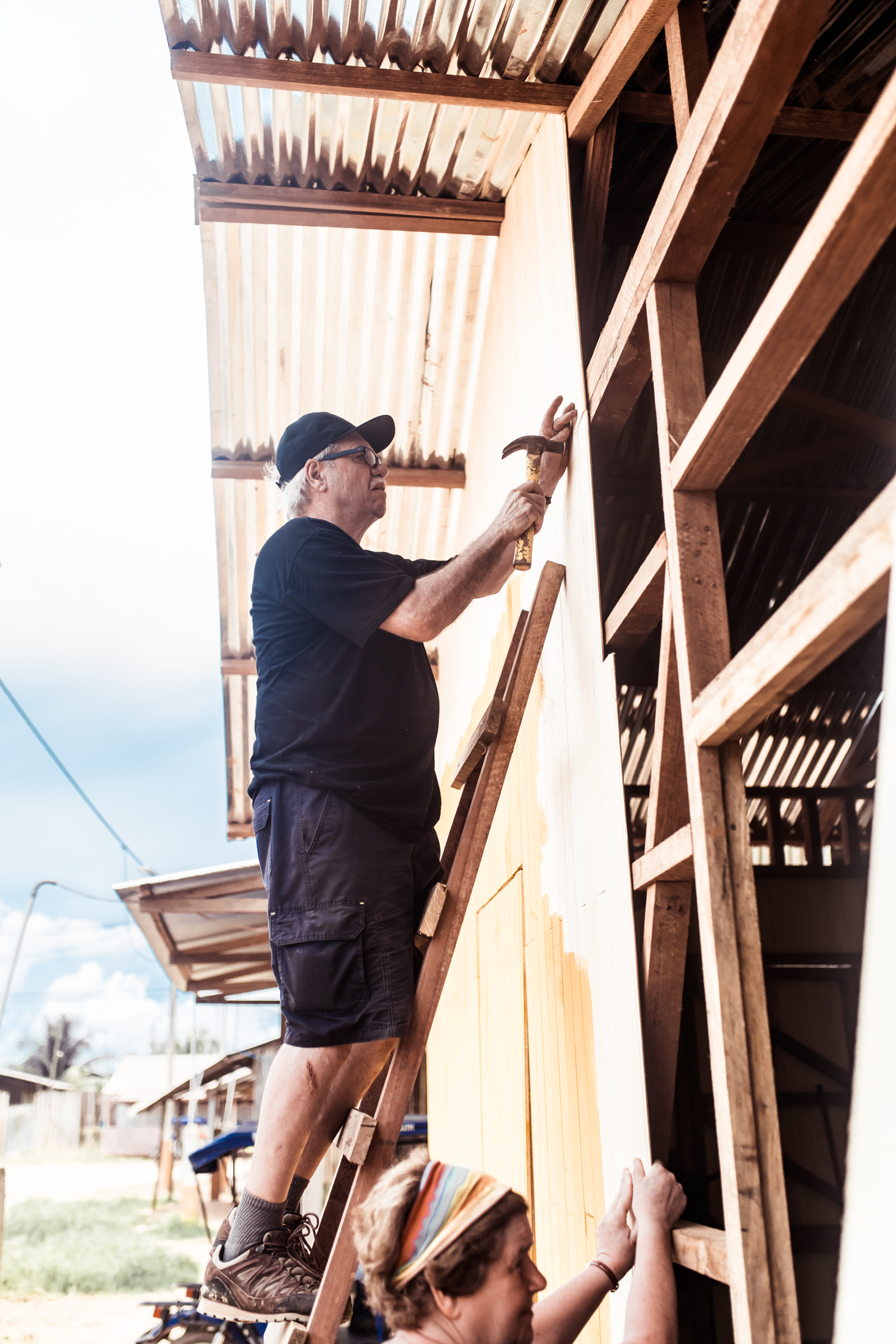 Next-door to all this action, the women’s sewing centre was busy in its first day of workshop. Lima-based fashion designer Anais Yucra Mancilla led the workshop with the goal of creating a template for the sewing centre’s upcoming commission: after eight years of communication and prospective partnership between Anais and Pure Art, everything is finally in place for the sewing centre to start creating products that will be sold in Pure Art’s Canadian-based fair trade boutique. 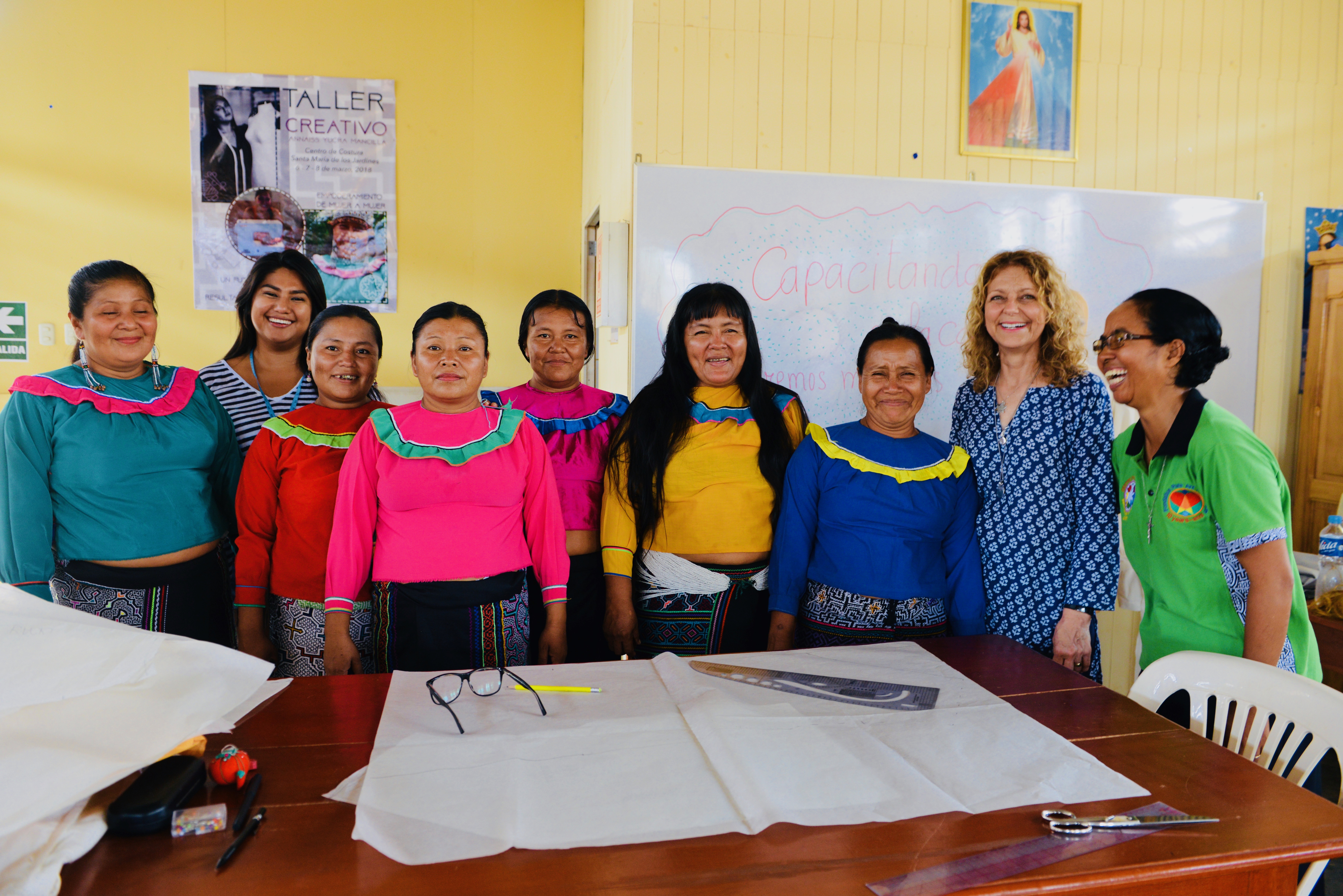 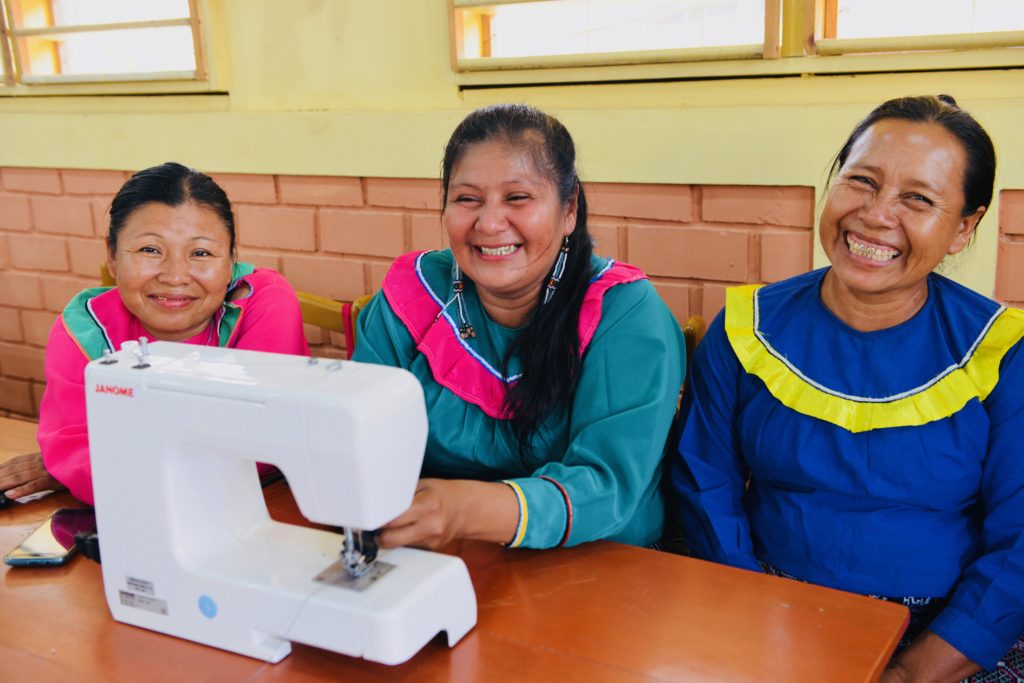 Cathryn Joly-Terriah, a second-time volunteer who is currently studying fashion at Lasalle College in Montreal, also partook in the workshop, helping Anais prepare the templates. It is the children of the 26 enrolled women who will soon benefit from the Hub’s daycare centre while their mothers enhance their craftsmanship. For the time being, they watch curiously as their mothers’ fingers snip, measure, fold and sew. As the workshop drew on (perhaps a little too long) for their attention, they met and played games with the soon-to-be animator of the Cuidador de la Luz daycare.  Outside, the rain continued to hammer. 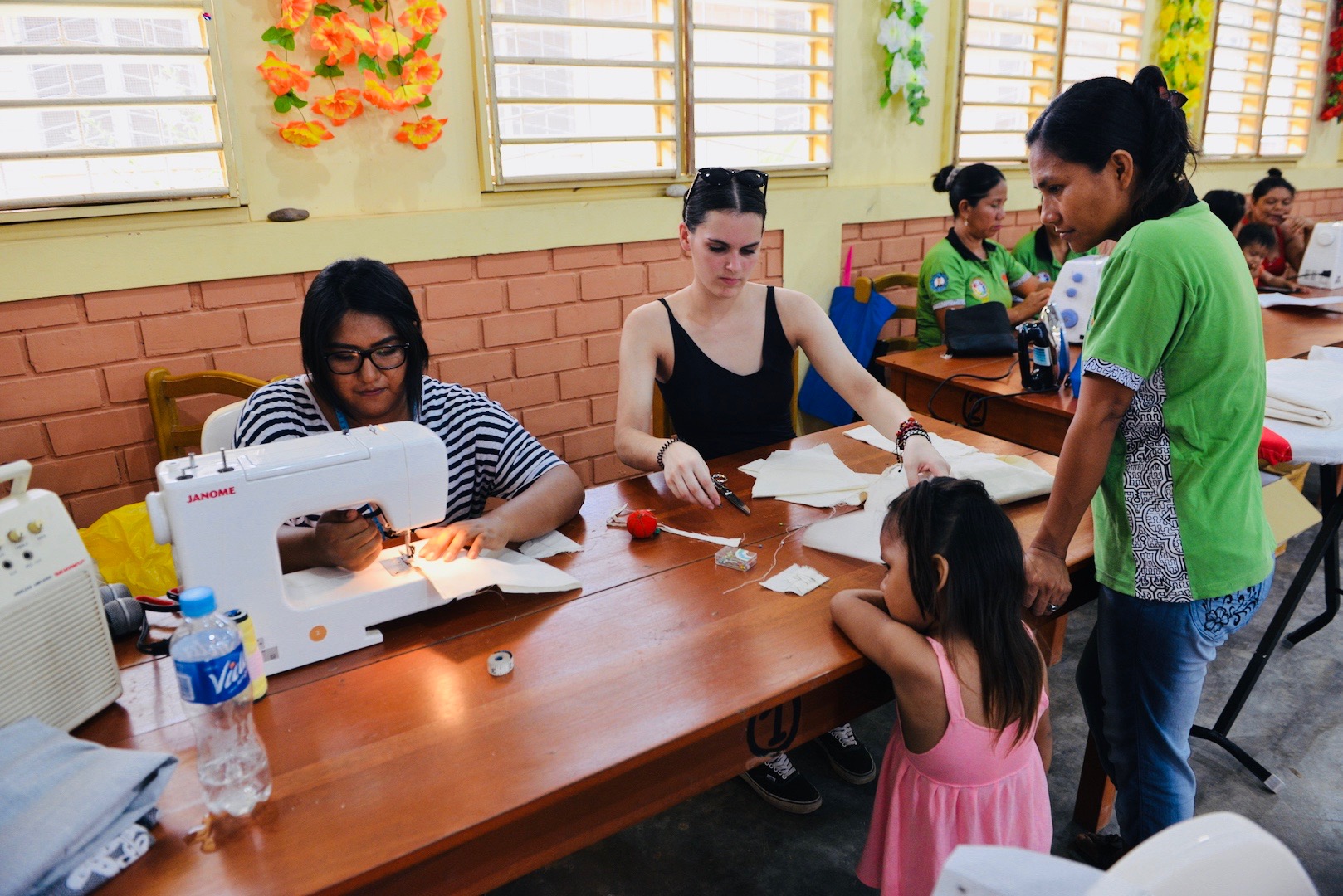 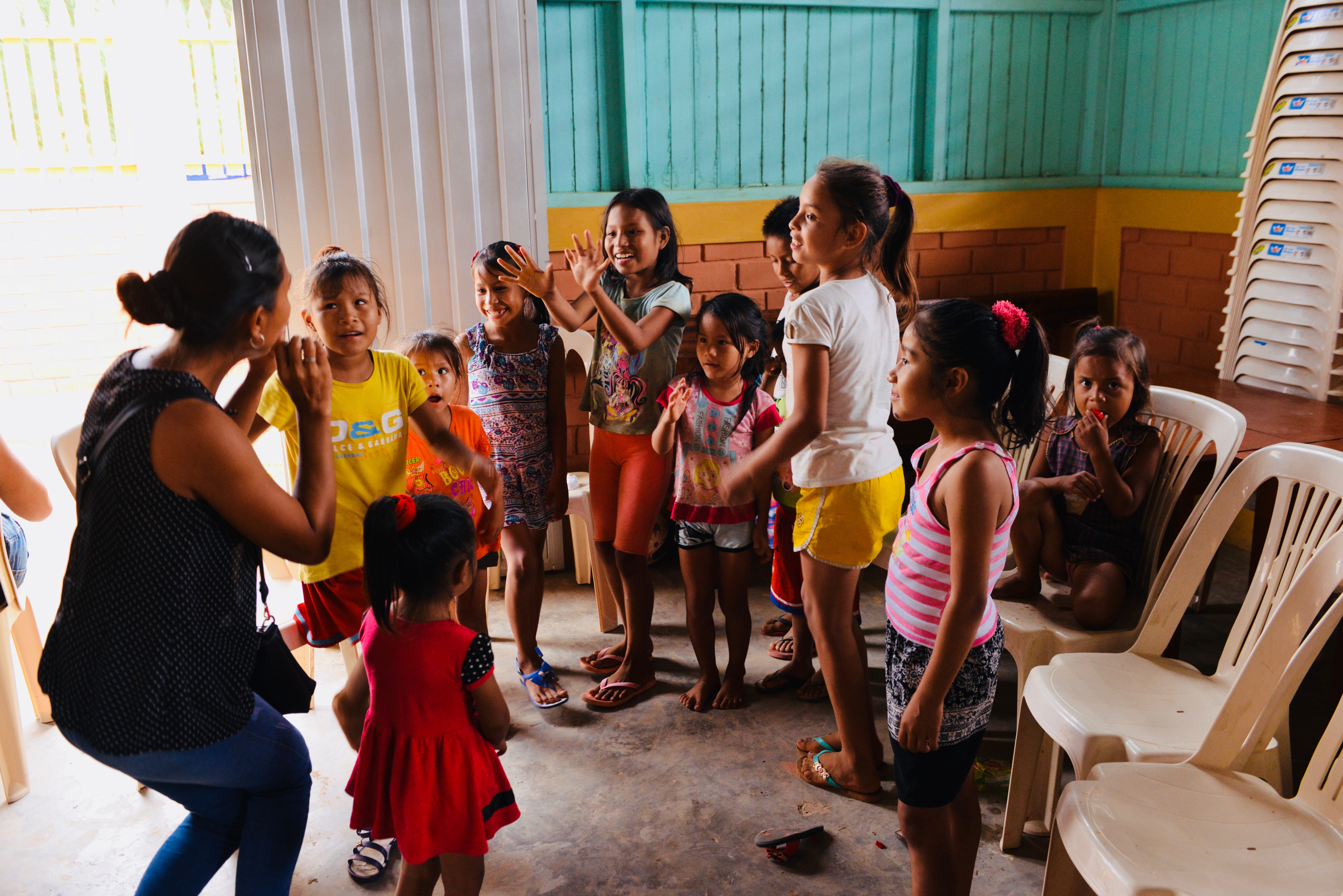 Later this evening, the second half of the school registration session was completed. The month of March marks the beginning of the academic year in Peru. Excitement and pride emanates from the children. In the courtyard of the parish where they gather, we can’t help but feel proud for them, and of them. The same children that we see playing soccer in the red mud and riding in dusty wheelbarrows, appear an hour later in impossibly white shirts and socks, their hair slicked and uniforms pressed.

In no time, we’ll be right back in the dirt and heat of the construction site, getting paint-splattered alongside them. But tonight, in composure and smiles, we celebrate their achievements and potential, wishing them only the best of luck in the pursuit of their dreams. 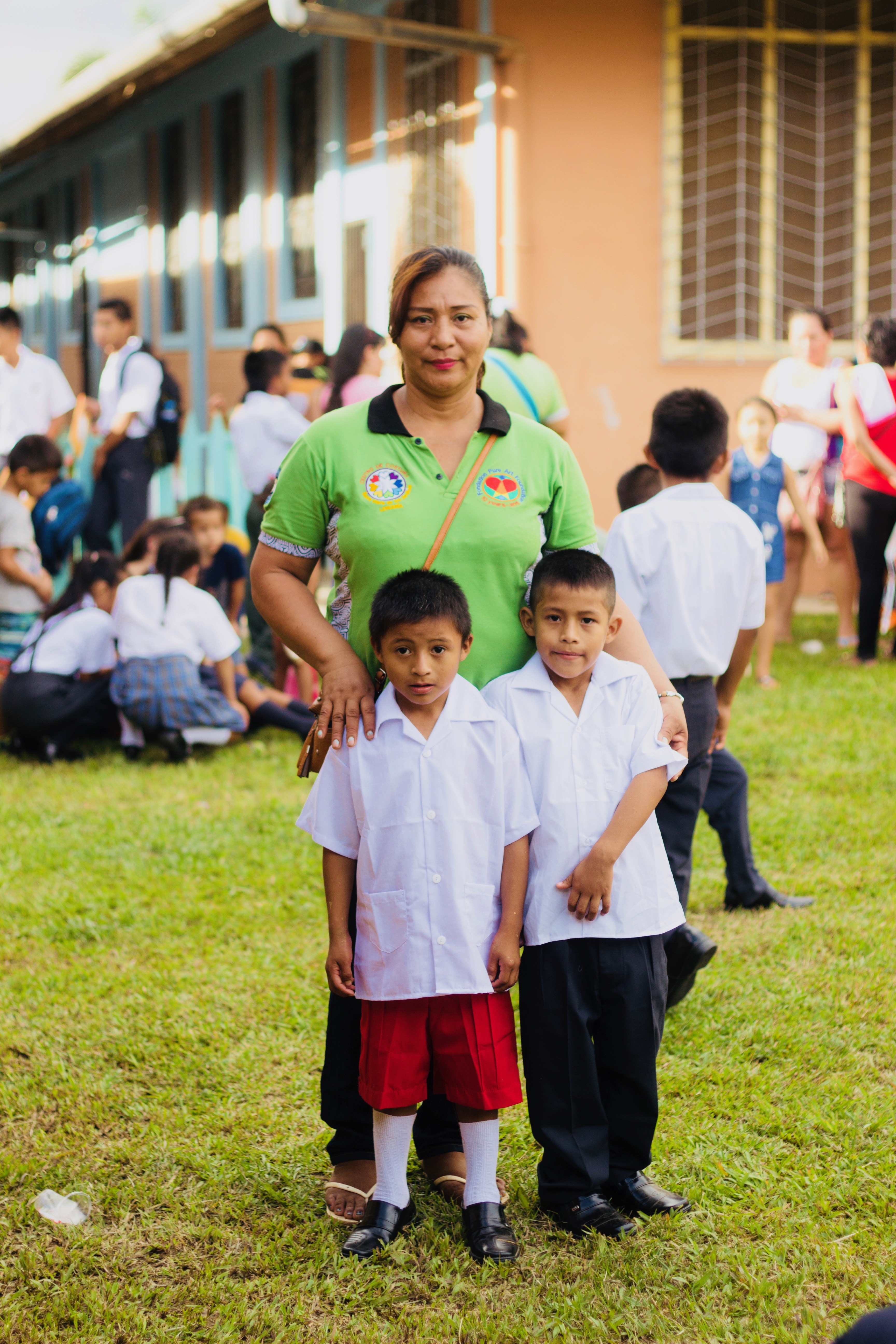 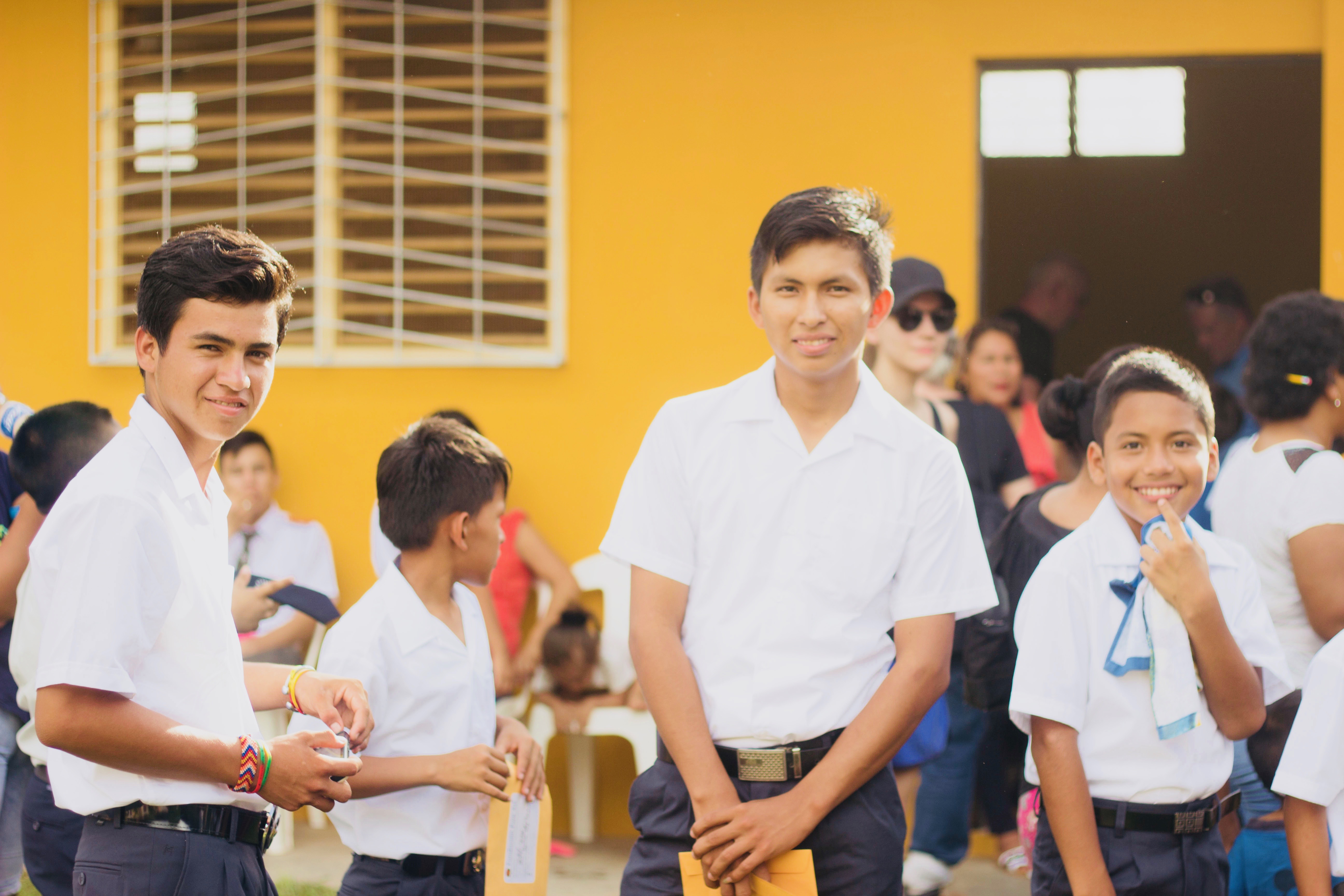