On the morning of Day 5, eight of our volunteers met Dr. Lucas at the gates of Pucallpa’s city-centre hospital to give blood and allow the commencement of Luis’s treatment. We waited in the “sitting room” — an open-roofed alleyway by the blood bank where mud and rain puddles stained doctors’ shoes, or the wheels of a stretcher carrying a sheet-covered body — while the nurse tested our blood one by one. Since Luis is O+, the nurse kindly turned most of us away for being of other blood types, or for having low haemoglobins, or even for having thin veins! Luckily, three of our eight were of the sought blood type, and donated the litre that Dr. Lucas needed to commence treatment. 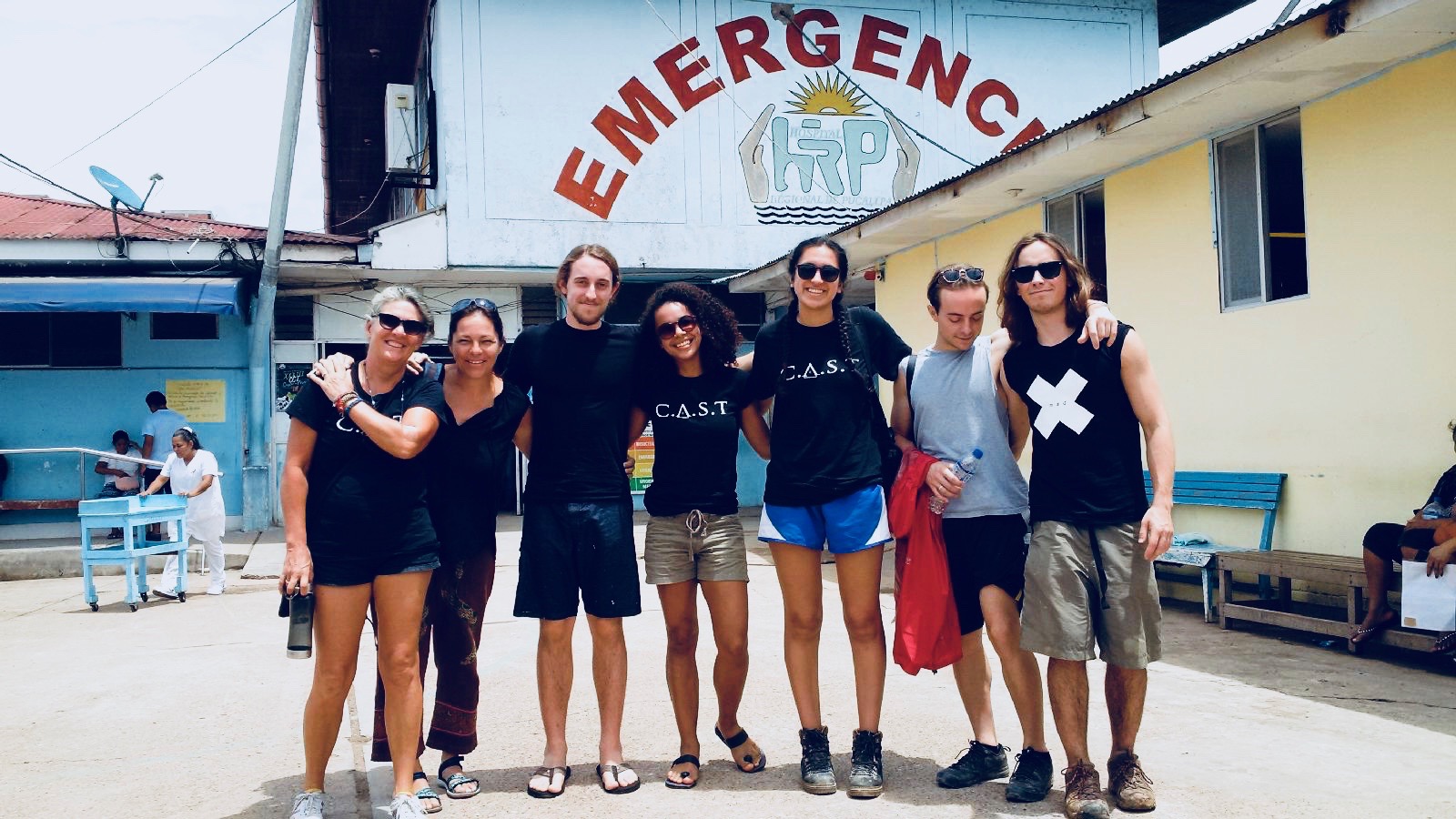 By the time we joined the rest of the team at the Hub, the week’s workload we’d come here to complete was beginning to wind down. Rain caught up to us yet again, dragging thunder in its wake this time. Painting proved difficult but possible under the shelter of the roof’s overhang, as the daycare was transformed stroke by stroke from wooden-brown to an optimist’s yellow, iconic of the foundation’s structures in Manantay. 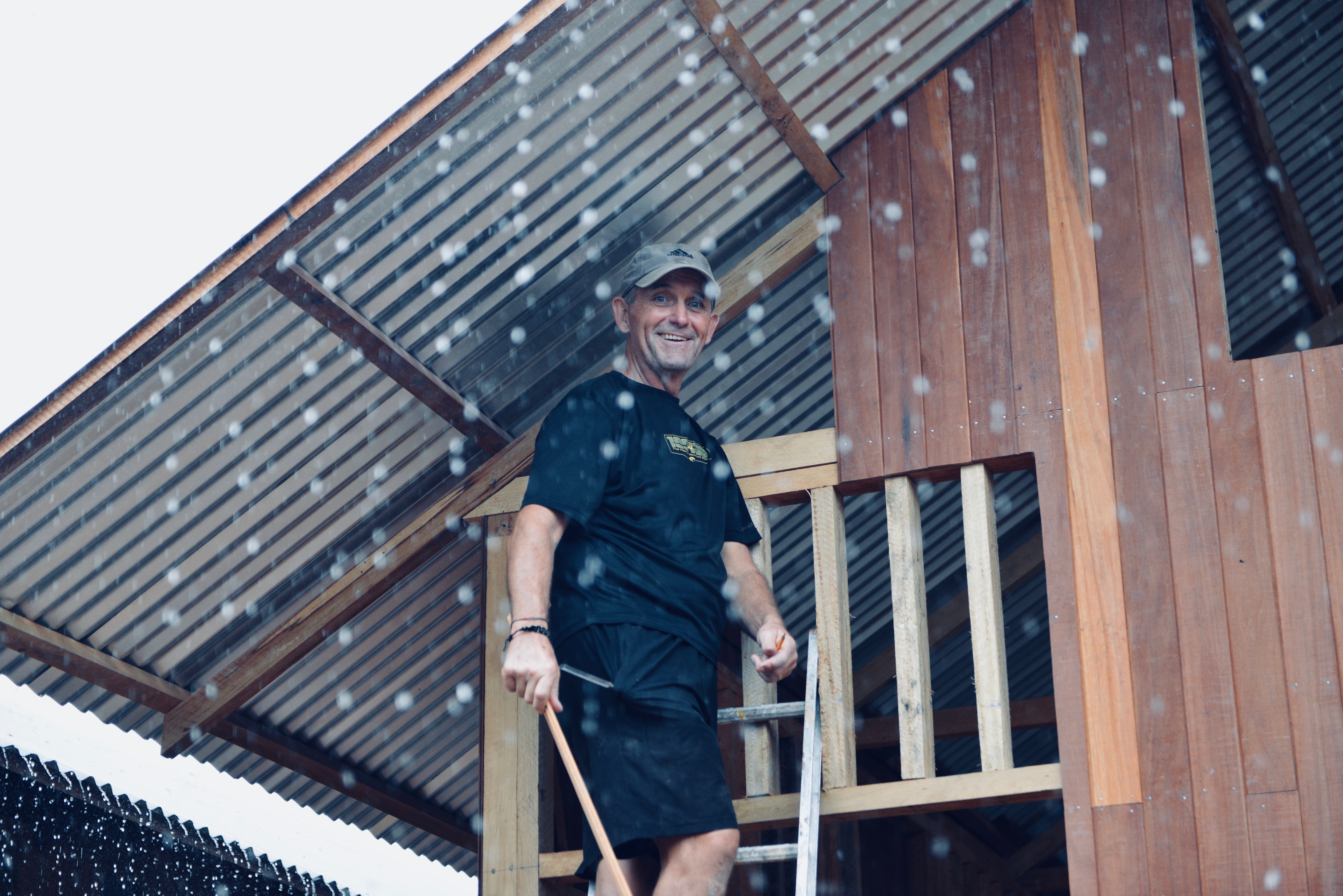 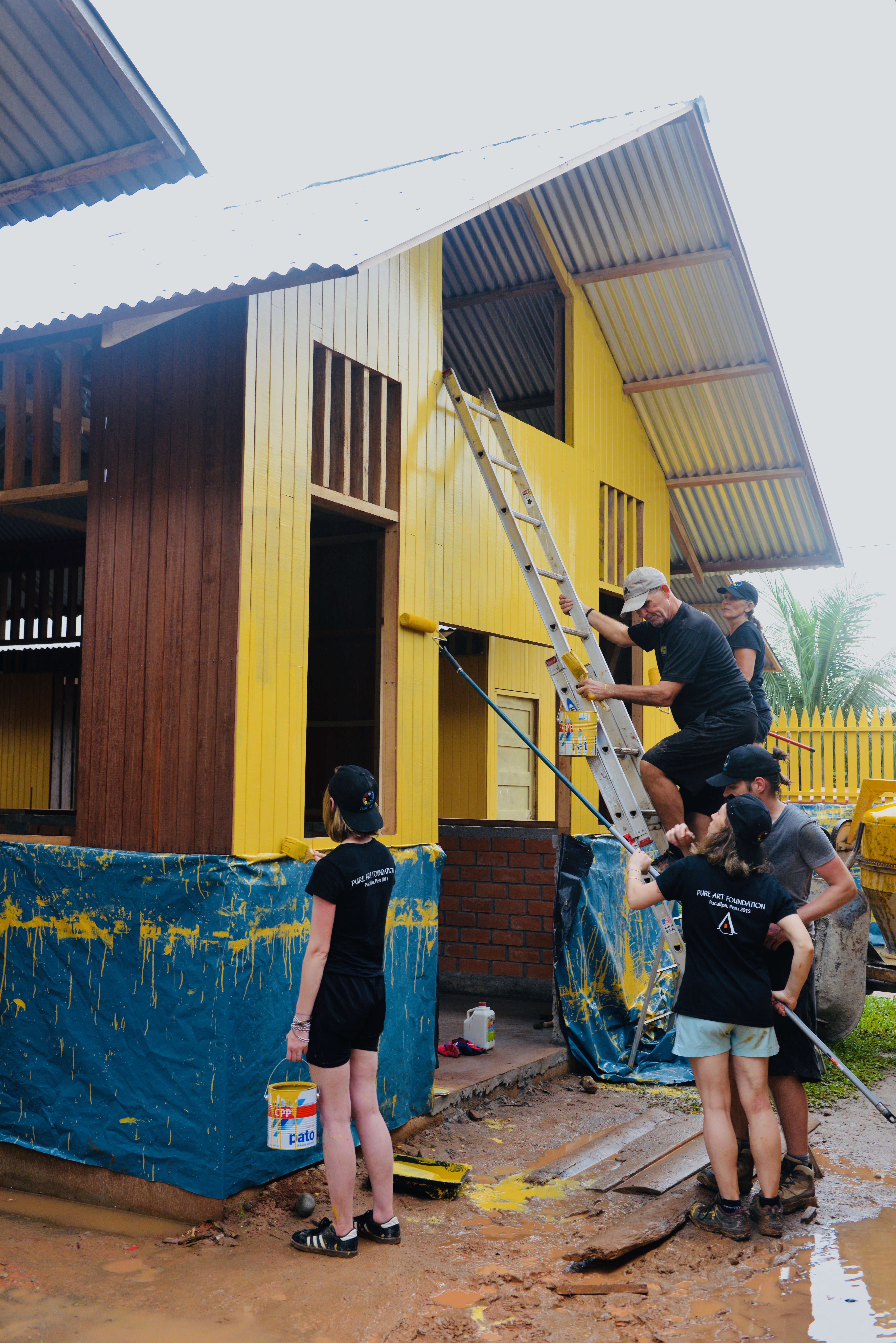 Both C.A.S.T. sites were also officially completed. As of now, the Amasifuenrios-Taricuarima family and the Alégria-Pérez family have solid walls, a reliable rain-repellent roof, and a dry concrete floor as a basis for the place they call home. These standards (minimal, at the least) are replacing make-shift walls of discarded junk metal and roofs made from strung garbage bags. Each family has three young children and live in the vicinity of the Hub of Hope. Señora Taricuarima is also enrolled in the sewing program, and her five-year-old Julia will soon be able to benefit from Hub’s daycare. Toddlers have already begun registration! 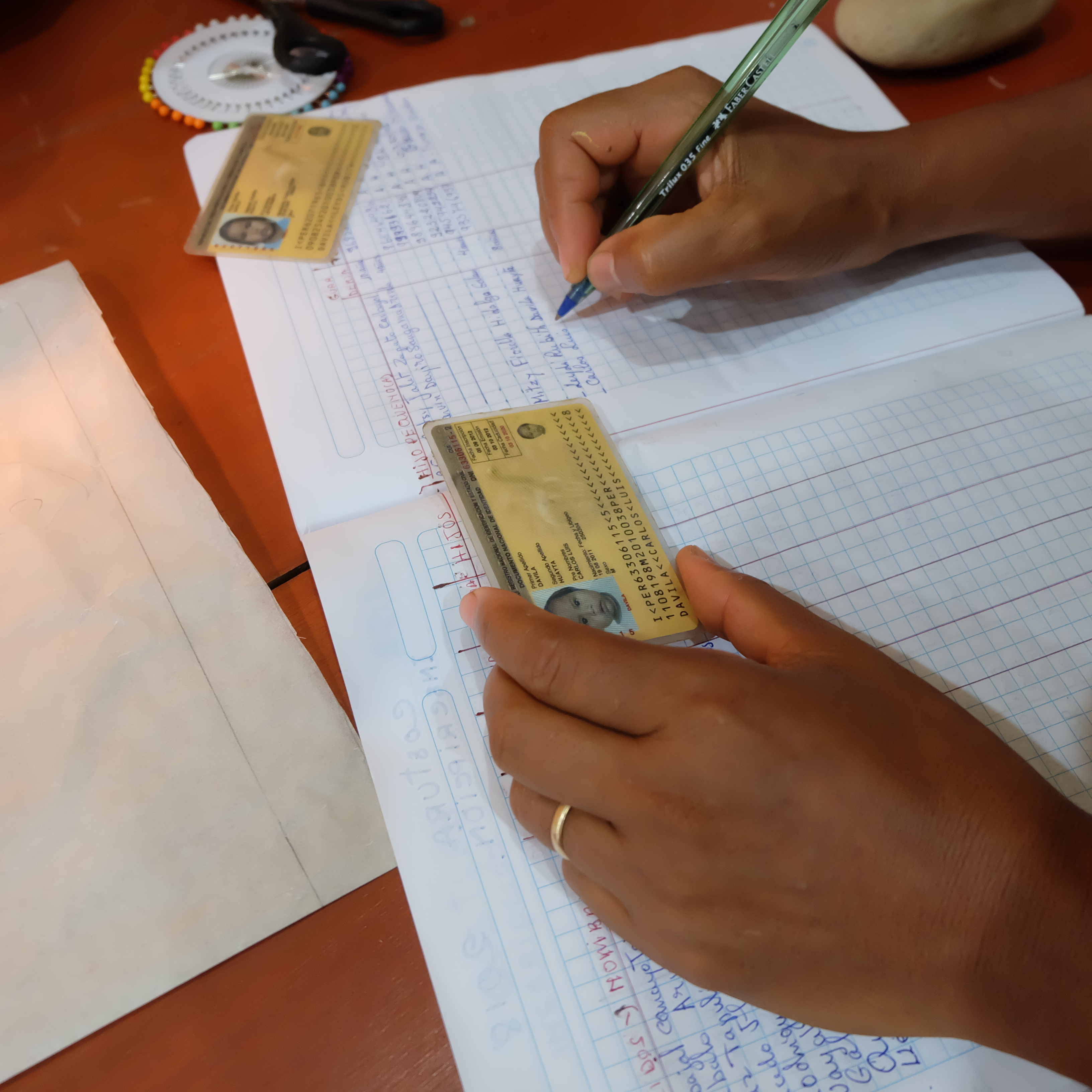 Things were also coming to fruition in the sewing centre with the end of Annaiss’s three-day workshop. By the evening, once the rain had ceased and most of the volunteers had returned to base, I found Annaiss in the lamplight by a sewing machine, inspecting the final touches of the completed dress and shirt the women had been working so hard on to finish in time. A mini fashion show was scheduled for that same night, to showcase the finished products and encourage the women to believe in the legitimacy and value of the clothes they will be creating. 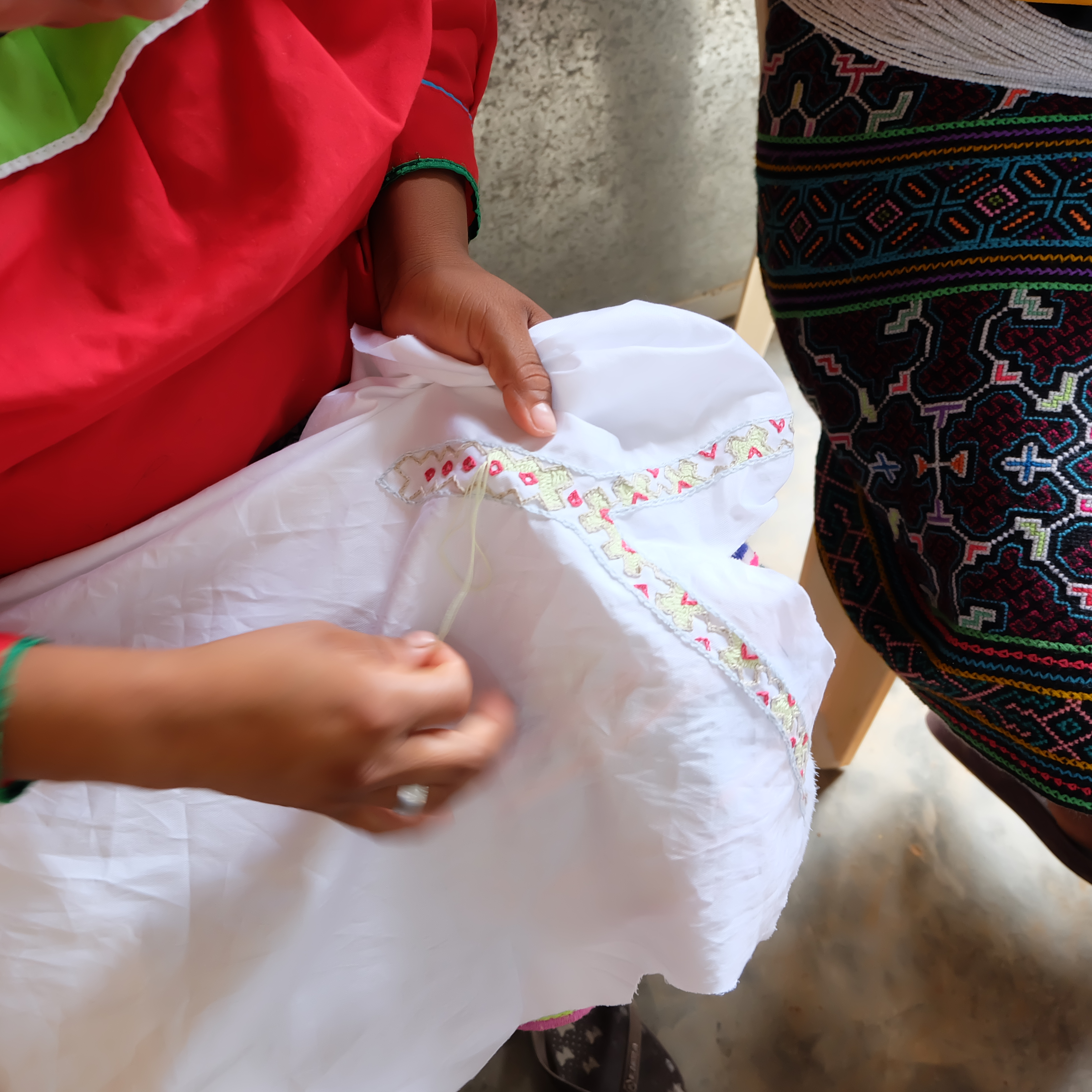 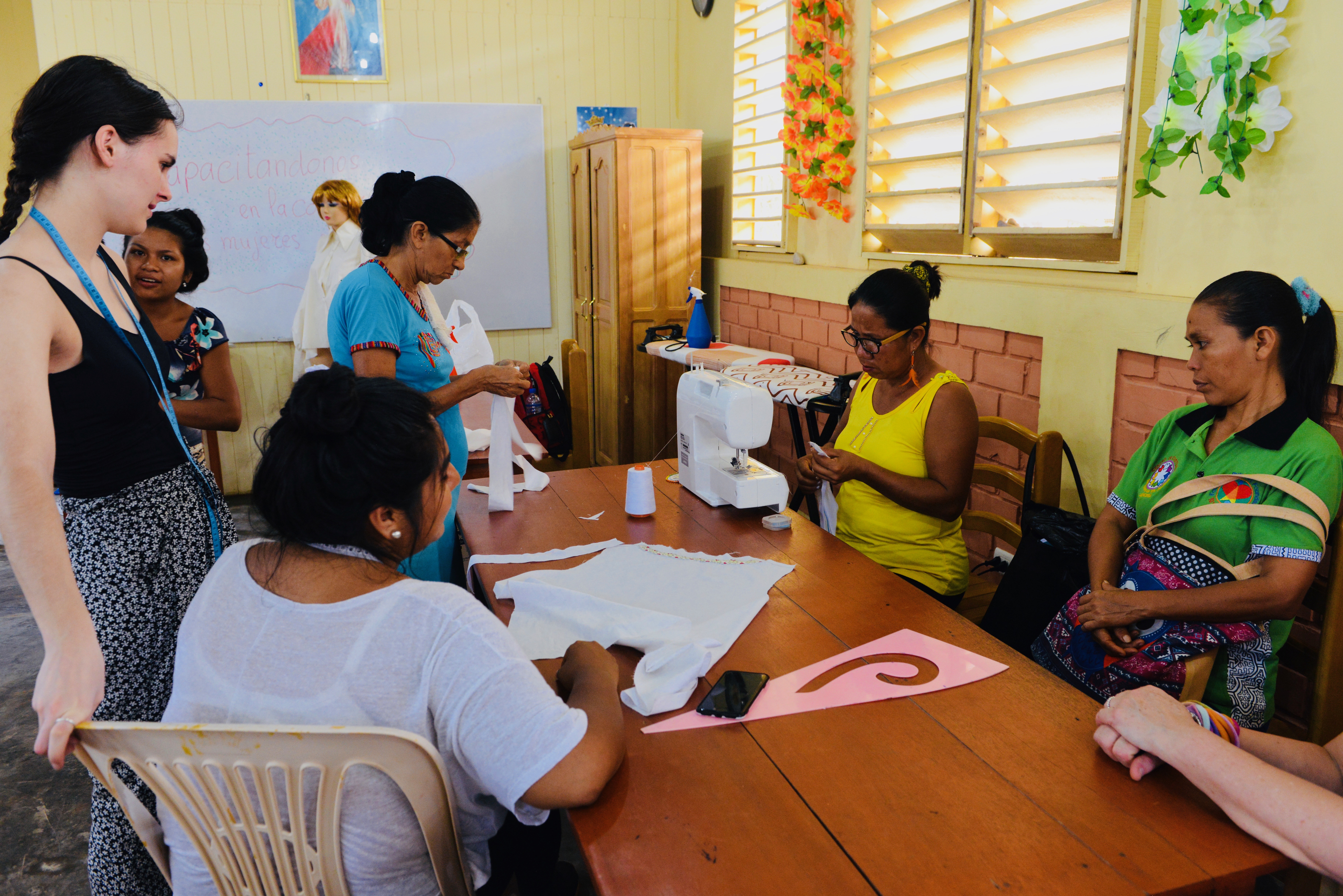 Sister Colette, Brigitte, and Kathryn were also in the centre, enjoying the celebratory cake that had been cut earlier in the day; two sewing machines were donated to women of the program who had distinguished themselves last year by their attendance, participation, collaboration, and punctuality of fee payments (that ensure the centre’s electricity and water access). A third sewing machine was also gifted to the women of Limongema, as a token of thanks and encouragement. I was offered a piece of cake and ate from a napkin while the women finished up under Annaiss’s guidance; the clouds were a dark gold outside and frog choirs were ringing in the soaked streets, coming through the Hub’s open doors and windows. 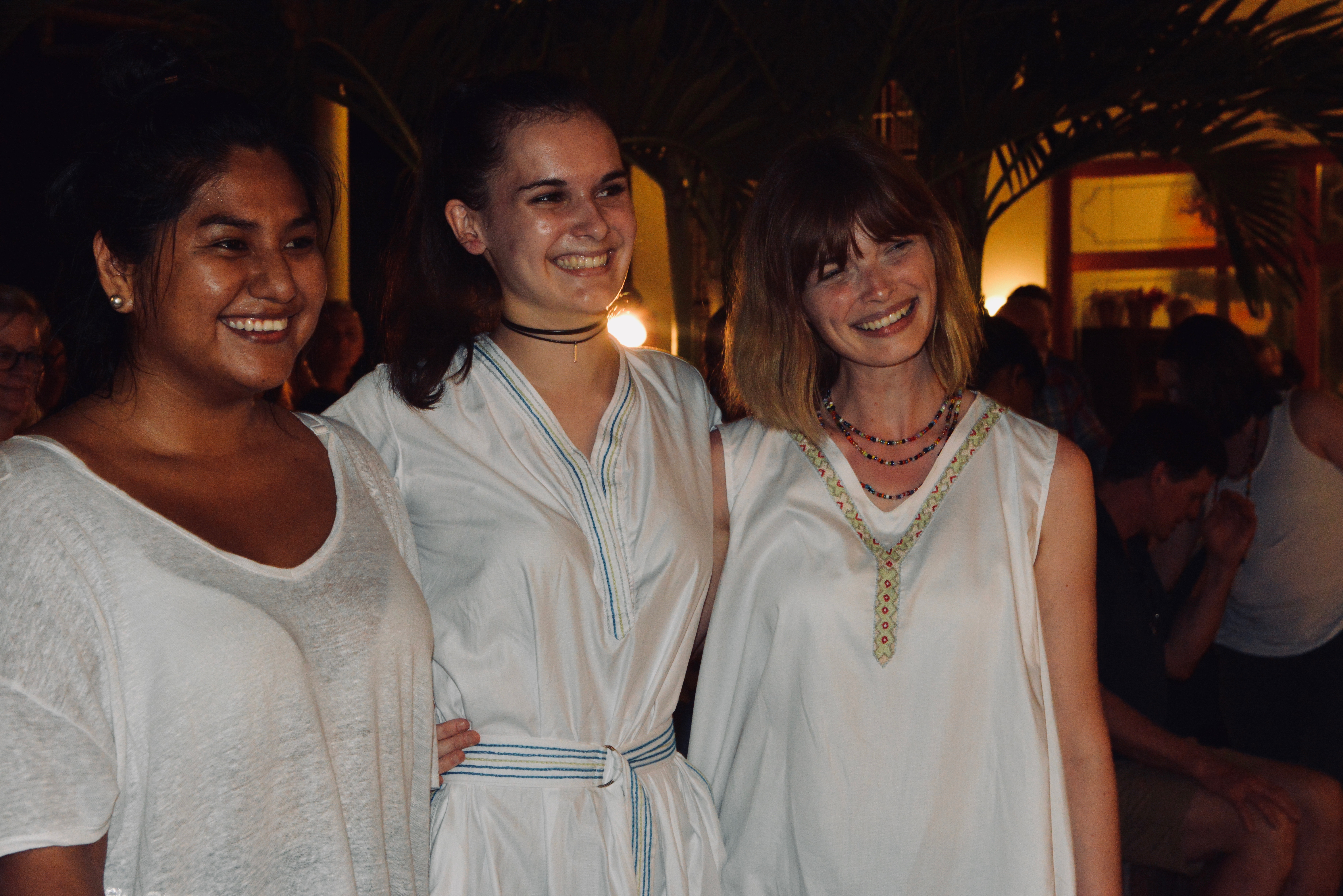 A few hours later, clapping and cheers filled the hotel courtyard as Annaiss’s completed designs — sewn by the women of the Hub and completed with the Shibibo’s tribal motifs — were paraded by volunteers Kathryn Joly-Terriah and Lulu Lovering. The second-to-last night in Pucallpa always marks the “Gala” event wherein we celebrate the programs’ successes and most importantly the Peruvian volunteers who keep the programs running once we’re back on Canadian soil. It is a night of music and dancing, of cultures coming together to appreciate hard work, international exchange, and the unrelenting belief in a fairer world. 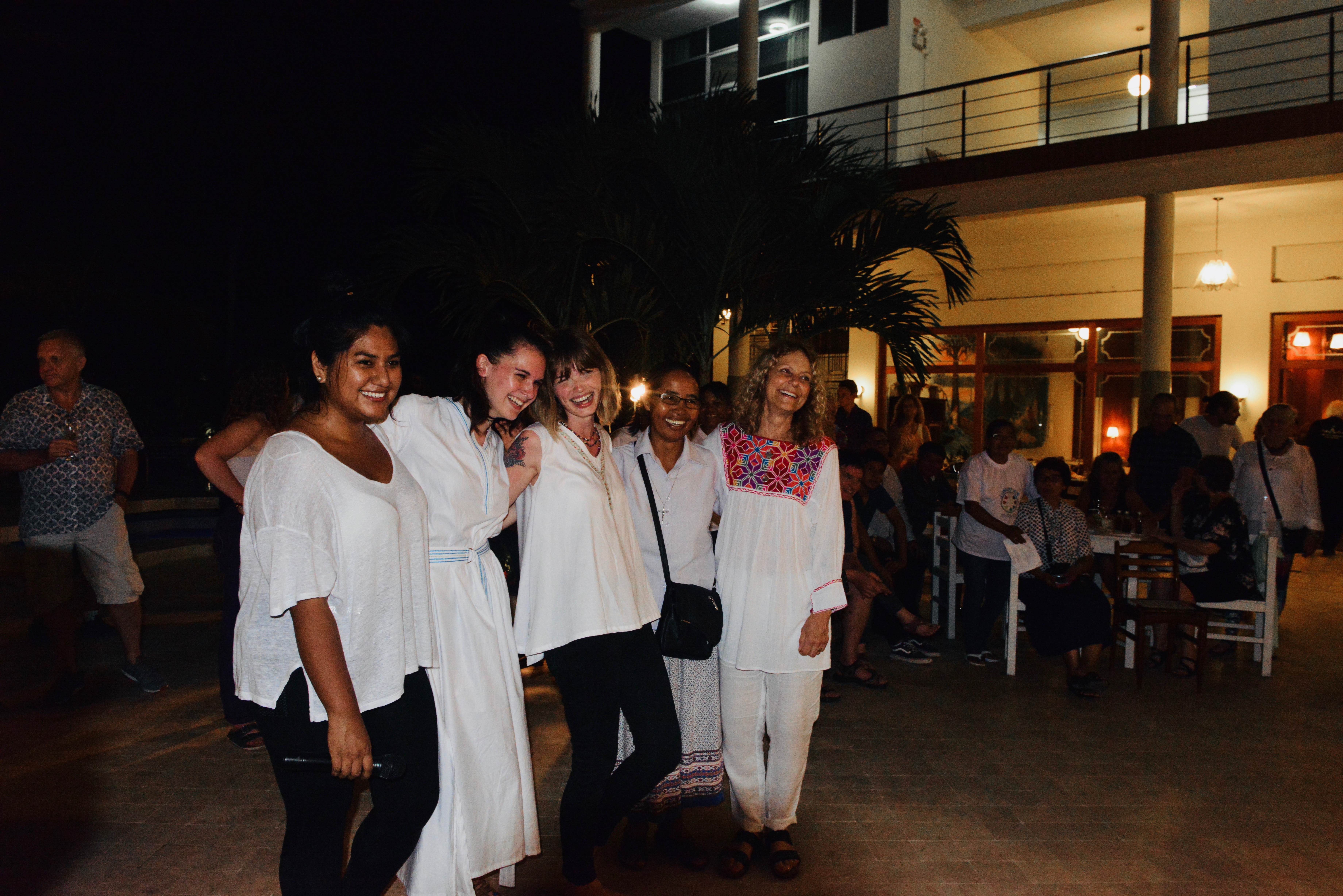